Jack Knox: The price is too high for Canadian Black Friday 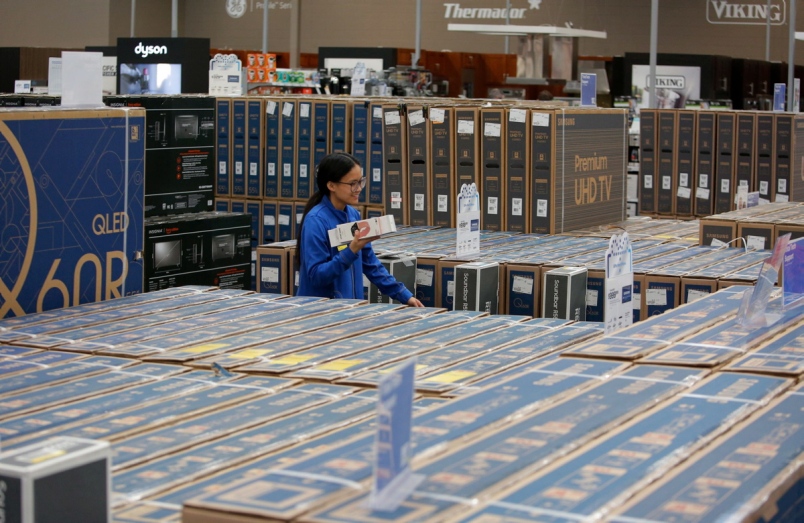 Nothing makes a self-righteous Canadian feel as smugly superior as videos of the annual retail riots south of the border. Gunfights. Fistfights. A mother pepper sprays fellow video-game shoppers in L.A. An elderly woman is stomped by a Texas man as he wrests a television from her hands. Tis the season.

U.S. news sources report Black Friday has been quieter the last couple of years. Less violence. The pre-dawn lineups of shivering shoppers are gone, too. So are many of the shops that used to draw the longest queues. According to the New York Times, a record 8,000 stores closed in 2017. Think Sears.

So are Canadians, which is why our retailers feel forced to stage Black Friday sales, too.

On the face of it, Canadian Black Friday doesn’t make sense, seeing as the event is built around a holiday, American Thanksgiving, that we don’t celebrate. The reality, though, is that it has been permanently etched on our calendars since 2013, when the increase in duty-free limits and the ease of online shopping compelled merchants to try stanching the cross-border bleeding.

Good luck with that. We continue to shovel money out of our own communities, our own country. On Monday, FedEx released a survey showing Canadians are 40 per cent more likely to shop online this Christmas than last.

It’s the convenience of it, the survey showed. You don’t even have to get dressed to buy a gift. (Hey, I like shopping in my pyjamas, too, though it draws odd looks at Capital Iron.)

But at what cost? It’s the bricks-and-mortar businesses here at home that provide the jobs and pay the property taxes that keep the local economy moving. When they say you get what you pay for, that also applies to policing, fire protection, education and health care.

Charities, too. Note that the not-for-profit sector is the No. 3 employer in Victoria, says Steve Pearce. “I can tell you, Amazon isn’t donating to them,” he said Wednesday.

Pearce is president of Think Local First, an organization driven by Greater Victoria small businesses that, well, want your business, and not just at Christmas. Last week, it was pushing its Think Local First app, which allows those who visit one member store to collect points that can be redeemed at another.

More broadly, the group is encouraging online shoppers to shift just 10 per cent of their buying back to local stores. The theory is that if consumers re-engage a little, maybe they’ll re-engage a lot once they discover the value of dealing with merchants who know their products and their customers’ needs. “You start to realize these relationships matter,” Pearce said.

The thing is, there are people who already do value retailers’ expertise, picking their brains about the particulars of a product, maybe trying it out — and then going home and ordering it from the U.S. or Asia or wherever online. The practice, called “showrooming,” makes Pearce grind his teeth a bit.

Others are fine with it, and are fine with routinely chasing cheap deals abroad, too. Choosing not to squeeze every dime out of a paycheque is a luxury that many can’t afford. E-commerce has changed the rules of the game and they’re not going to feel guilty about it.

Fair enough, but don’t pretend there aren’t consequences. Want to shop via Amazon? Fine, as long as you call Jeff Bezos instead of 911 when you hear a burglar coming through a window at 3 a.m. Want to ship your shirts from Shanghai? No problem, as long as you’re good with flying to a Chinese hospital when your appendix bursts.

We all like a deal, but don’t lose sight of who’s getting trampled in the process.

“Yesterday my husband and I completed a private purchase of a vehicle in Sidney. The seller suggested we go to your agency to do the transfer and insurance. What an amazing customer service experience. All three employees were engaging and helpful. The gent who helped with our transaction was absolutely awesome. Thank you for your stellar service. We live in Colwood but joked we will drive to Sidney for all of our insurance needs on a go forward! Keep building the incredible culture you have at the Sidney location.”
— Kelli S.
“SeaFirst and Garrett have been wonderful to deal with, quick to respond to our needs and questions. Even better is that they saved us a ton of money on our insurance with their adventure tourism specific policy.”
— Breanne and Rick, Spirit of the West Adventures Ltd.
“I was satisfied and pleased with the prompt attention with which our claim was handled. Each person I spoke to during this process was very helpful.”
— Sue, Intelligent Traffic Equipment
“The service received from SeaFirst, the adjusters, the insurers and the restoration people was great. I highly recommend everybody who was involved. Thanks for the help in a horrible situation.”
— Nighean Anderson
“SeaFirst Insurance has been the insurer of Driftwood's assets and liability since our opening day of operation in 2008. They have been able to customize, adapt and structure our growing needs into a comprehensive plan that is far superior in value and relevance to our unique needs than anything else presented to us.”
— Gary Lindsay, Driftwood Brewery
“SeaFirst Insurance dealt with an emergency flood situation whilst we were out of the country and were unreachable! They acted immediately when a neighbour called them to inform (them) about the flood, sending a service tech team out that same night. SeaFirst's repair and restoration team were instructed, coordinated, highly skilled, fast workers and absolutely amazing in every way possible.”
— Michelle Hall, Cedarwood Cove
“We were fortunate enough to have discovered SeaFirst in 2001. We have very specific insurance requirements and often need to call SeaFirst for additions, information, clarifications and such. Responses are always immediate and thorough. We would recommend SeaFirst, without reservation, to anyone considering their services.”
— Christine Bowles, JEA
“Honest, insightful and accurate service is what we’ve come to expect from Shawn and the team at SeaFirst Insurance Brokers. The firm has unmatched customer service coupled with incredible expertise and most importantly - they save us time because I know that when I contact them, they’ll take care of our issue quickly and correctly.”
— Kent O'Neill, The Lodge at Gold River Ltd.
“As a business consultant, I realize that a key building block of any operating plan is risk management; more to the point – informed risk management that not only protects operations but can promote growth with how you structure your liability coverage. I have zero hesitation in recommending SeaFirst Insurance as a strategic partner in all aspects of professional risk management.”
— Terry Phelps, Working Paper Consultants Ltd.
“We experienced a loss within the first three months of becoming store owners. The staff at SeaFirst insurance helped us to get through it with their great understanding and service. They were wonderful to work with, especially under the circumstances.”
— Sandy Conn, Qualicum Pharmasave
“I was very happy with the timely decision on the acceptance of my claim. As a small business owner, it was important to me that there were no unnecessary delays that would impact my business. I am very happy with the straight forward expediting of this claim.”
— J. S. Moreton & Associates Ltd.
“Service was exceptional from both SeaFirst and the adjuster! The adjuster visited the property the same day I reported the damage and all parties operated efficiently and professionally.”
— Graham & Nancy Williams
"Thank you for your professionalism, I would never entrust my insurance with anyone but Seafirst, quick , easy and timely, Warm regards Edwina"
— Edwina MacDonald
Previous
Next